In collaboration with: Fundació Antoni Tàpies

The group exhibition entitled The Media Are in the Air, beneath the Earth, above Water, within Fire represents a curatorial selection of the artistic practices and media tactics of artists from Catalonia/Spain and Vojvodina/Serbia. 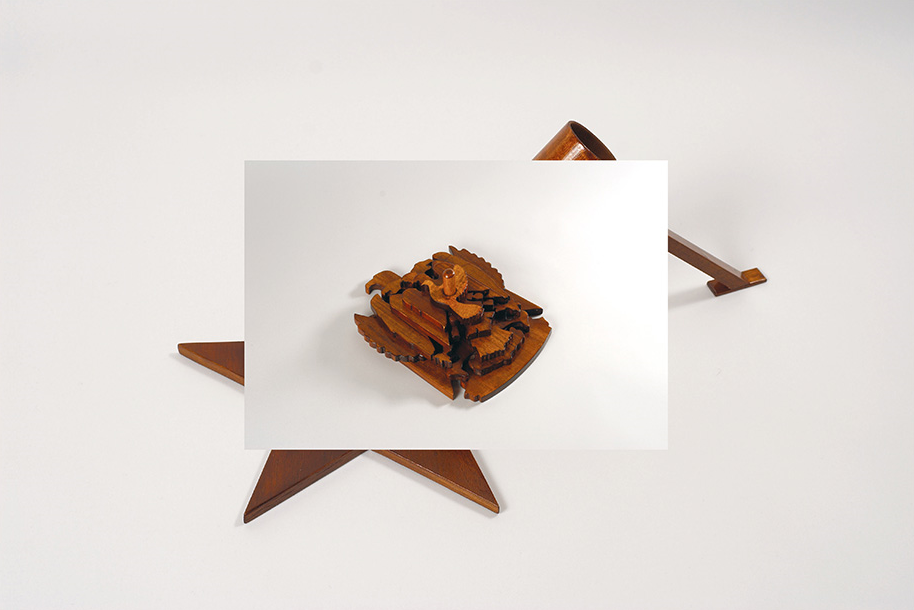 The exhibition was organized as a continuation of the cooperation between the two partner institutions Museum of Contemporary Art of Vojvodina and Fundació Antoni Tàpies on Per Muse project supported by the European Commission through the Creative Europe program.

The exhibition presents current practices from two geographic regions that ponder the relationship between the world of nature and the world of technology, and deal with issues within the framework of the ongoing discussions on the concept of new and old media, the use of technology and engaged media tactics within the context of contemporary art.

Media viewed from this perspective not only represent a mere environment, but elements that make up the human world.

The starting premise of the exhibition is that the natural and technological worlds are not so divided and different, but that those are infrastructures that enable human life to survive and develop. The theorist John Durham Peters maintains that digital media are just a continuation of the early practices connected with the establishment of civilisation such as mastering fire, developing a calendar, reading the stars, creating language and establishing religions.

The media are in the air… PRESS

Viewed from this perspective, the media do not represent just mere surroundings, they are elements that make up man’s world. Thus art, among other things, provides space for research and posing questions about what the media are and how they form the basis of our interactions with the world around us. The Media Are in the Air, beneath the Earth, above Water, within Fire.

Ana Dot (Vic, Spain 1991) is an artist doing research into language and translation issues by both artistic and scientific methods. She graduated in Fine Arts from the University of Barcelona, holds the title of MA in Digital Art Curatorship and has attended postgraduate studies in comparative and electronic literature. She is currently working on a PhD about art and translation at the Department of Translation, Interpretation and Applied Linguistics of the University of Vic. Since 2013, her work has been exhibited mostly in Spain, but also in Germany, Mexico and Portugal.

Katarina Šević is an artist who was born and grew up in Novi Sad, studied at the Intermedia Department of the University of Fine Arts in Budapest, and has been living in Berlin for several years. She realises her projects in the form of groups of objects accompanied by performances combined with texts and narration. Her works deal with the dichotomies of contemporary society, presenting a cross-section of art, design and society, and her artistic methods are based on complex processes of work and cooperation. She has managed several exhibition venues in Budapest and worked on a number of publications. She exhibits abroad on a regular basis, including the following venues: Archive Kabinett, Berlin; OFF-Biennale, Budapest; Le 19 CRAC, Monbéliard; acb Gallery, Budapest; Play Time, Rennes Biennale, Rennes; The New Museum, New York; Kunsthaus, Dresden; Secession, Vienna; 21er Haus, Vienna; ISCP, New York; Künstlerhaus Bethanien, Berlin; Apexart, New York.

The New Media Centre_kuda.org is an independent organization dedicated to activism, art and politics. Organizing a variety of exhibitions, lectures, discussions and workshops, the Centre_kuda.org gathers artists, theorists, media activists, researchers and the broader public interested in open dialogue, alternative methods of education and research in the field of art, culture and society. Over the years, kuda.org has participated in a wide network of collaborating cultural institutions and individuals, locally in Serbia, in the region and internationally. www.kuda.org

Mireja Salares (Barcelona, 1973) is a visual artist who lives between Barcelona and other foreign cities, in which she carries out her long-term artistic research projects. Being a foreigner and collaborating with others is an essential register in her work. Her open methodology generates transdisciplinary works that gather a plurality of individual stories which refer to essential collective subjects like violence, death, sex, legality, truth, love or work, the aim being to question the univocity of the construction apparatus of the dominant discourse in our society. www.mireiasallares.com

Lea Vidaković is a multimedia artist who works in the sphere of expanded media and animation, adjusting the traditional doll animation to spatial presentation in the form of video installations. She completed her studies of fine arts and graphics at the Academy of fine arts in Zagreb in 2011, obtained a BA in animation in Norway in 2010, and completed her MA Degree studies of audio-visual art at the Royal Academy of Arts (KASK) in Belgium in 2012. Since 2014, she has been a doctoral student at the Nanyang Technological University in Singapore. Her practical and research work is based on studying fragmented narratives, an innovative approach to storytelling for expanded media, and on a combination of traditional animation techniques and new media. She has exhibited her work in a number of solo and group exhibitions, and her films have been shown at over 200 festivals. She is the recipient of a number of awards, both for her artistic work and for animated film. www.leavidakovic.com

Regina De Migel (born in Málaga, Spain, in 1977 and based in Berlin) works as an artist through critical and interdisciplinary activities in processes and convergences focused on producing hybrid objects and knowledge.

Rad Vahide Ramujkić´s work is grounded in a social context and oriented towards the social purposefulness of art. She has initiated and collaborated in numerous projects based on collaborative and creative work as an impeller for establishing new social relations. In the period between 2001 and 2007, the main corpus of her work, dealing with orientation in the rapid neoliberal transformations of Barcelona, was realized through the Rotorrr collective (PobleNow Expeditions, PN*Safaris, Manuals for Ground, Water and Air, etc.). Her personal experience and exhaustive research into legislative procedures for foreigners in the EU are compiled in the book Schengen with Ease (2006). In 2007 she initiated a library of history textbooks entitled Disputed Histories – on the basis of which she has developed a methodological approach to dealing collaboratively with the phenomenon of historical revisionism typical of the countries of the former Yugoslavia and other post-socialist societies. In 2008 (with A. Kruglanski), she initiated the long-term project Documentary Embroidery, which is also a technique for collective self-representation of complex social realities (realized in over 15 locations worldwide). Minipogon [Minidrive] is an ongoing collaborative endeavour aiming to mark a path for countering the capitalist organization of work.